New for 2022! The inaugural Rise Mentoring Programme for ANZ launches to support women across the media technology sector

The 2022 programme is now closed for applications.  Be the first to hear about future programmes by signing up as a Rise member for free.

There are numerous benefits to mentoring, including:

How the Rise Mentoring Programme works

Our mentees benefit from a range of support, including:

The Rise Mentoring Programme is made possible thanks to the kind support of our industry partners, including our global mentoring sponsors: Avid, DPP, Iron Mountain, Clear-com, Google Cloud, Vubiquity and M2A Media.

I never imagined how dramatically 6 months could change my career, my outlook, and my goals – now I feel like the sky is the limit!!!

Rise has kept me so motivated and I really look forward to every session. Just wanted you to know how much of a difference all of your hard work has made during such a crazy time for everyone.

I’ve recently been appointed in a new role and I really feel my Mentor has supported me to get me into this mind-set. This, along with the seminars/catch-ups etc, has really helped me feel grounded in an uncertain year. Thank you so much.

When others comment on how far you have grown and developed in 6 months you know every minute has been worth the time and effort put in.

The last 9 months have been transformative for me. I'm like a butterfly whose wings will never be clipped again! The Rise scheme has been instrumental in boosting my confidence as a woman working in the broadcast sector. I've always known that I'm very employable. What has changed now is the confidence and belief in what I'm worth to an employer. This scheme, meeting all the people involved and what is has done for me has been life changing. I repeat...LIFE CHANGING. I know I'd have been alright without the scheme but I can tell you, without a shadow of a doubt, it will change the trajectory of my career. Thank you for investing in the programme. It has made a difference and it has mattered. 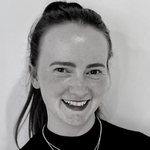 Erin Graham is a Melbourne based marketing lead for Videocraft. Hailing from Tasmania, she started her career in the film and tv industry winning several awards for her work. After starting her own successful company she found a new love for marketing through building awareness for her company through social media. Using her skills that she learnt from the tv industry and running her own business, she started working as a marketing assistant and a couple of months later progressed to marketing lead for Videocraft. She has been enjoying the content creation and social media aspects of the job and hopes to push herself in creating new concepts for future marketing campaigns. 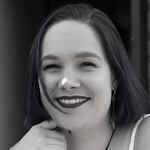 Lucy is currently working as a Master Control Operator at Gravity Media. After working in finance for 4 years, she decided to quit her job and spend a year at TAFE, graduating with a Diploma of Screen & Media in 2018. She has been working with Gravity Media ever since. Outside of work, she volunteers for pop culture conventions around Australia. She is very excited to make the most of the opportunities made possible by the Rise program. 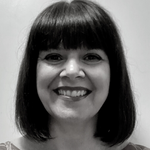 I am a senior marketing and partnership professional with experience managing innovative marketing and partnership campaigns in the entertainment industry. I have worked on the client side (heading up marketing teams at 20th Century Fox and eOne), the media platform side (creating and selling advertising and media solutions at TVNZ, NZME and Seven Network), and the Advertising Agency side (planning clients media campaigns for Saatchi’s, BBDO & Generator). My current role is Senior Brand Manager, STV & CSR – Australia & NZ for Warner Bros Discovery. My recent CSR projects for Warner Bros Discovery have become some of the work I am proudest of, more than just marketing, they involve managing environmental partnerships with NFP’s like Seabin and taking inventory of our ANZ offices carbon emissions and working on plans to reduce them, resulting in us becoming Toitu CarbonReduce certified 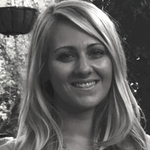 Nicole Hargreaves is the task-driven executive assistant to Marcus Bolton, Head of Features and Television at Cutting Edge. With over 10 years of administrative experience in managing client-centric office operations. Equipped with the exceptional ability to facilitate all aspects of internal and external communications, and support day-to-day administrative, financial, and operational functions. Nicole prides herself on her ability to remain cool, calm, and collected even when faced with seemingly impossible challenges. 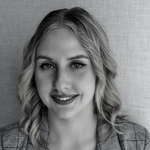 Selina Walton is a Broadcast Engineer currently living and working in Sydney, Australia. In her career, she has worked on jobs like Mardi Gras, Australia Day, New Years Eve, Sydney Horse Racing, Super Rugby and Cricket. At the end of 2019 she began her career as a Camera Assistant and now in 2022 she is a jnr. Broadcast Engineer for Gravity Media. Besides working on live broadcasting projects, Selina also works on maintaining and preparing production trucks, building flyaway kits and providing vision replay services to medical teams at sporting games. When she isn't on a job or filling in her handbook, Selina loves creating new graphic designs and exploring different art forms. She has an extensive background in the arts and has previously worked with the Museum of Contemporary Arts and attended the National Art School. 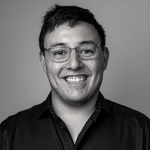 Andrew began his broadcast media career at the Nine Network in Sydney where he progressed through the ranks from the Operational Transfers and Digital Media team through to the Engineering and 9Technology department. Andrew specialised in media and production workflows and was system owner and senior broadcast engineer of the AVID editorial platform across Nine’s Sydney productions, including Sport, Current Affair Programming (60 Minutes) and Post Production. Andrew took ownership and technical lead of the National Nine News, Sport, Promotions and Post Production Broadcast Editorial platform during the Nine Network Relocation from their Artarmon studios to their new ‘Creative Campus’ in North Sydney. This system was to accomodate over 600 users across a number of roles (Management, Producer/Journalist, Creative, Audio and Support/Operational). After over 13 years, Andrew departed Nine to create his own business providing Project Management, Training and Technical Consultant services to various production teams. In his spare time, Andrew is a qualified Master Pyro-technician and has traveled the world performing pyrotechnic displays for film and TV shoots, national holiday celebrations, private events, Sporting and Live events and competitions. Andrew has won a number of awards at Pyrotechnic competitions, representing Australia, in Vietnam, Papua New Guinea, Canada and Singapore. Most recently, Andrew joined the AVID Technology APAC team as a Solution Architect where he continues to specialise in broadcast and editorial platform workflow. 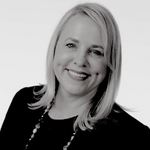 Karen joined the ABC in 2021 as Head of Marketing where she is responsible for driving audience and brand engagement across the full spectrum of ABC content. Karen’s career spans some of Australia’s largest and most well-loved brands including the Taronga Conservation Society, Woolworths, Coles, Diageo and McDonalds in senior marketing, buying and trade marketing roles. 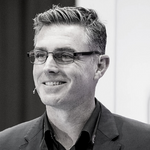 Currently Vice President – APAC & Global Head of Channel for Grass Valley, Greg has worked in a variety of roles across Sales, Pre-Sales and Project Delivery for Grass Valley in APAC, the Americas and Europe during his 12 years with the organisation. Prior to that Greg was a customer of Grass Valley, leading technology and operations for the TV1 General Entertainment Partnership, a channel provider to the Foxtel platform. Greg lives in Perth, Australia with his wife, Gillian, children Jamie and Gracie and dog, Bear. 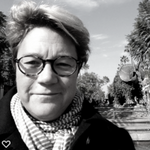 Pip Warren's career in broadcasting has spanned many countries and cultures but has focused predominantly on international News and Current Affairs television coverage. Born in England where she was an apprentice Video Editor and then a Director for a London production company, followed by Sky TV (UK), and then moved to Hong Kong to join Star TV as their News Operations Manager, and as part of the team to set up Star News India. Pip moved to Australia to take up a senior managerial position with the ABC. Pip now lives in Melbourne, is an Australian citizen and works for Avid, a broadcast hardware, software, and solutions provider, headquartered in the USA, as a Broadcast Consultant managing and delivering project-based solutions and services worldwide. Pip is still very much enjoying what she does and the company of likeminded professionals. She's motivated by innovation, the rush of creating TV, and the satisfaction of assisting with numerous fantastic projects. Pip is a Life Member of the Hong Kong Foreign Correspondents’ Club, and a member of the Brighton Yacht Club, a PADI – Dive Master and is also a qualified PRINCE2® Production Manager Practitioner. If there’s time, Pip chooses to travel, sail, scuba dive, cycle, swim, eat out or cook at home, and as many new things that she can find to try. 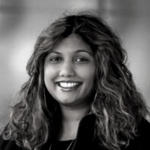 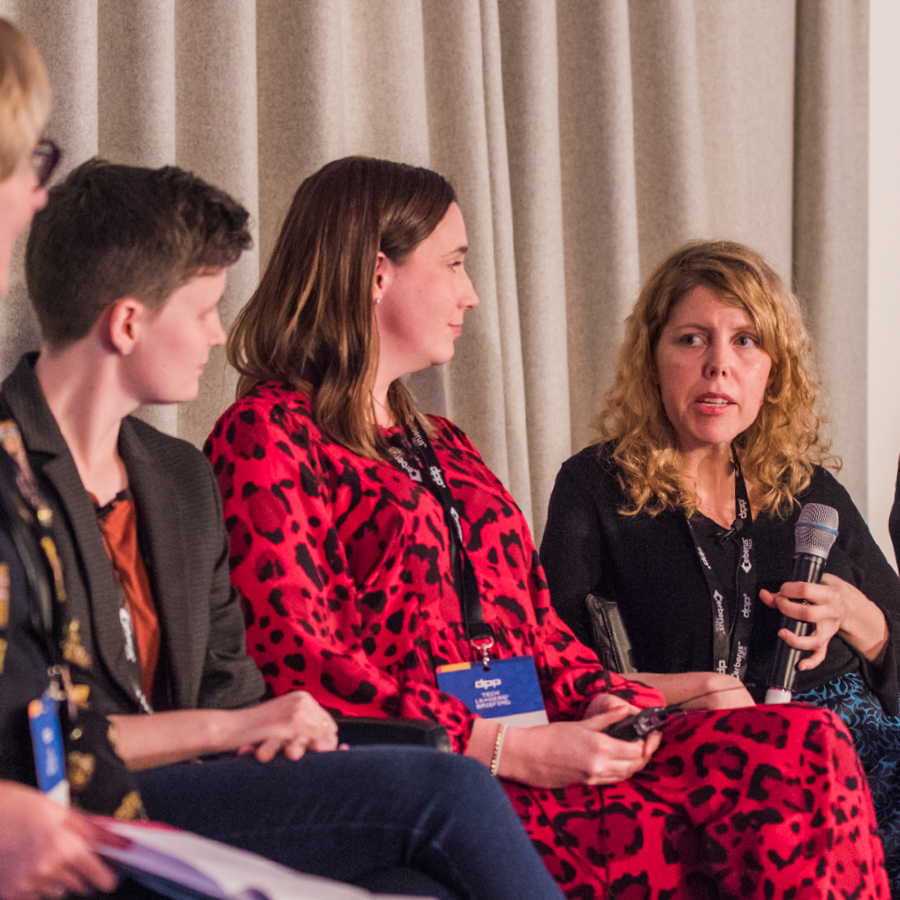